The documents and materials below should provide the voter with more background, understanding, and access to comments that support and oppose this proposition

Suffolk County’s Budget problems started with the Great Recession which lasted from December 2007 to June 2009.  It was a severe financial crisis combined with a deep recession which affected the world economy.  In January 2011 the U.S. Financial Crisis Inquiry Commission Report concluded that "the crisis was avoidable and was caused by widespread failures in financial regulation, dramatic breakdowns and risk taking in corporate governance, and an explosive mix of excessive borrowing and risk by households and Wall Street.  Key policy makers were ill prepared for the crisis, lacked a full understanding of the financial system they oversaw; and downplayed the systemic breaches in accountability and ethics at all levels.

The US Labor Department called it the worst economic downturn since the Great Depression.

The Gross Domestic Product (GDP) reached bottom in the second quarter of 2009 (marking the technical end of the recession).  Real inflation-adjusted GDP did not regain its pre-crisis (2007) peak level until 2011.  Unemployment rose from 4.7% in November 2007 to peak at 10% in October 2009, before returning steadily to 4.7% in May 2016. The total number of jobs did not return to November 2007 levels until May 2014.  The job income levels were a different story.

The County’s share of the New York State Sales Tax accounts for about 60% of Suffolk’s General Fund revenue.  The General Fund covers about 90% of the Suffolk County Operating Budget Revenue.

Prior to 2008, the growth in Sales Tax usually came close to the 60% target. Sometimes over, sometimes under. In 2007 the County had a record Sales Tax collection. However, during the Great Recession of 2008 – 2009, Sales Tax revenue dropped and did not reach the 2007 Sales Tax collection level until 2012 (5 years later). Despite a nice “bounce back” increase in 2010, and another nice increase in 2013 (due to increased spending because of Hurricane Sandy), the Sales Tax increases have not been large enough to cover the annual cost increases of the County Budget and pay off the deficits resulting from the Great Recession.

Since the time of the Great Recession(2008-2009), the County has been forced to utilize various mechanisms to balance the budget and finance operations. This includes

This consistent borrowing over a 10 year period has put Suffolk County in a fiscal bind. The County Budget Review Office (BRO) has noted in BRO Reviews of the County Executive’s Recommended Operating Budget over the past several years that should the County face a financial emergency in the near future, it may not be able cope with it easily. Unfortunately, that financial emergency is here.

The County Operating Budget relies on Sales Tax revenues for 60% of its total, federal and NY state aid for 25%, Property Tax for about 4% and various other sources for the rest.  The County has reduced the number of employees substantially over the last decade by selling off the Foley Nursing Home and the H.L. Dennison Building, and turning the 8 health clinics over to the hospitals which managed them.  However, the slow recovery from the Great Recession both in sales tax and jobs along with the debt incurred during the recovery period has made it hard to cover the deficits.

The Legislature Budget Review Office (BRO) Operating Budget Reviews have noted that the County has set the Property Tax slightly below the legal Tax Cap level each year, pointing out that while the additional revenue would not be enough to cover the deficits, it would reduce them somewhat.

In 2018 the county began to pay back the $171,3 million interest free loan from ASRF (Fund 404) as well as other borrowings.  In 2019 the recovery of internet-based Sales Tax helped provide funds needed to continue to repay the county debts.  Additionally, revenue from the OTB’s Video Terminals at Jake’s 58 Casino gave the BRO hope that the county would be able to continue to pay back the debt at a reasonable rate.  Unfortunately, COVID-19 hit.

Efforts have been made to pay back the loans as the fiscal situation has improved.  In addition to cutting employees, and services to reduce costs, the county has tried many other measures.  To balance the budget the county burrowed excess funds from the Drinking Water Protection Program (DWPP) which is dedicated to preserving and protecting Suffolk County’s sole source aquifer through land acquisition, sewer districts and other water quality efforts.

The lasting tight fiscal situation caused by the Great Recession made it difficult to pay back what was owed the fund and the last two county executive’s tried to treat the loans as simply a transfer of county money from one fund to the other.  This has led to litigation by the Pine Barrens Society.  The court awarded a judgment of over $29 million to the Society from a 2011 lawsuit against County Executive Levy.  In 2014 County Executive Bellone agreed to repay a $170.3 million interest-free loan over 11 years.  Payments made in 2018, 2019 and 2020 total $26,581 million.  The current resolution #547-2020 would wipe out the remaining $144,719 million debt.  The Pine Barrens Society is furious as are the county's other environmental groups with just cause.

The county’s fiscal problems were noted by the NY State Comptroller DiNapoli in his September 2019 Fiscal Stress Monitoring System Scores.  Nassau, Suffolk and Westchester were among the eight municipalities designated “in significant fiscal stress”.  Suffolk County has been designated “in significant fiscal stress” for both 2017 and 2018.  The 2020 Monthly Local Sales Tax Collections released by the Comptroller’s Office show Suffolk down 9.5% for January through August.  That report shows that during April 2020 Suffolk was down 26.7%, May down 33.5%, June down 9.2%,  July down 11.0%, and August down 8.6%.  While the Comptroller is urging all municipalities to engage in Long Term Planning, he also comments in his September 21, 2020 press release:  “Since the pandemic hit, local governments have seen a massive drop in sales tax collections.  This is hurting their bottom lines and many have few options to plug the hole.”  “Washington needs to stop playing political games and provide financial help to local governments to weather this storm.”

The fiscal problems initiated by the Great Recession put excessive stress on the county’s regular sources of income.  With very few alternatives to fill the large budget hole caused by the Sales Tax shortages, the county cut staff and services and tried to use borrowing to get through the tight period until revenues from Sales Tax could rebound.  Just as the Sales Tax rebounded, the county has been faced with a second recession caused by COVID-19.

This recession may last several years.  The county is restricted by New York State Law on sources of revenue.  It would appear that there are very few alternative sources of revenue available to Suffolk County.

Politicians on all sides of late have been unable to state their case clearly.  All too frequently they fail to “Say what they mean and Mean what they say” which leaves everyone in confusion.  If the county politicians would sit down and describe their problems clearly to one another and to their constituents and then try to find real solutions, the county would be in better shape.

The fiscal problems initiated by the Great Recession (2008-2009) put excessive stress on Suffolk County’s regular sources of income over the last decade.  With very few alternatives to fill the large budget hole caused by Sales Tax shortages which fund 60% of the Operating Budget, the county cut staff and services and used borrowing to get through the tight period until revenues from Sales Tax could rebound.  The Sales Tax began to rebound in 2019.  In 2020 the county has been faced with a second recession caused by COVID-19.  Due to NYS restrictions on local sources of revenue (Sales Tax, Property Tax) the county is unable to raise additional local revenue needed to pay back previous loans.

In 1987 county voters passed a quarter cent Sales Tax to fund the Drinking Water Protection Program (DWPP).  The DWPP funds have been used for land acquisition, maintenance of water quality and the sewer districts, including the current efforts to find septic systems that can remove nitrogen from waste water.

The county has no “Rainy Day Fund”.  The DWPP has accumulated funds which are not immediately needed for the purposes of the legislation.  Therefore, rather than borrow from other sources that impose higher interest charges, the county borrowed from the DWPP fund with the requirement of paying the amount borrowed back once revenue sources rebounded.  In 2018, 2019, and 2020 the county has paid back a total of $26,581 million, $144,719 million is outstanding.

Resolution #547-2020 would wipe out the remaining $144,719 million debt, transfer the unused $15 million currently in the Sewer Assessment Stabilization Reserve Fund into a county Taxpayer Trust Fund, and going forward keep the money meant for the DWPP Fund in the General Fund to be used to balance the county’s Operating Budget.

The county Environmental groups strongly oppose the resolution.  Two court cases: 1) The 2011 Levy Lawsuit and 2) The 2014 Bellone Settlement ordering the county to repay the borrowings would be overturned (possibly illegally).  Newsday’s June 22, 2020 editorial chastised the Bellone administration for their “chutzpah” in using environmental money in this way.

In 2017 and 2018 Suffolk was listed among eight NYS municipalities “in significant fiscal stress” by the NY State Comptroller.  In a September 21, 2020 press release, the NY State Comptroller stated “Since the pandemic hit, local governments have seen a massive drop in sales tax collections.  This is hurting their bottom lines and many have few options to plug the hole.”  “Washington needs to stop playing political games and provide financial help to local governments to weather this storm.”

12 Environmental groups have expressed their opposition to Prop. 2.

They state that voters will find it hard to understand the full impact and loss of public benefits associated with the proposition... putting this proposition before the voters in the absence of a clear description of program details defeats the value of a voter-authorized referendum

Having supported the use of hundreds of millions of DWPP dollars for budget support, we are faced with proposals that will only serve to further diminish the environmental goals of the program tp the point where the integrity of the program is in question.

Suffolk residents remain very concerned about water quality on Long Island. And although we understand the difficult budgetary issues facing the county, we firmly believe that Suffolk’s long-term investment in land protection and environmental infrastructure is essential to both public health and the economic well being of the entire county, which is driven significantly by a healthy environment.

Suffolk County Legislature’s Presiding Officer Rob Calarco writes a weekly column for the Long Island Advance newspaper. His column published on October 8, 2020 is entitled County Propositions on Legislator Terms, Tax Protection on November Ballot. The excerpt below reflects his support for the legislation and Prop. 2:

“The second proposition will ask whether to allow changes to the Suffolk County Charter to provide more funding for real property tax relief by amending a fund used to stabilize sewer taxes. This was proposed to help mitigate Suffolk County budget losses caused by the pandemic and reduce the county’s reliance on property tax revenue.

If the proposition is approved, $44.4 million required to be paid into the Sewer Assessment Stabilization Reserve Fund, which is used to stabilize sewer district tax rates, would be reallocated to the county’s Taxpayers Trust Fund, which is used to stabilize property taxes. The $44.4 million is comprised of a $15 million transfer from the reserve fund and $29.4 million that was required to be put into the fund per a judgment in the Long Island Pine Barrens Society’s lawsuit against Suffolk County. Enough reserves will be left to stabilize sewer rates. The proposal would also eliminate a requirement that the county budget include annual repayments from the general fund to the sewer reserve fund for funds borrowed from 2014-2017. As of Dec. 31, 2019 the amount required to be repaid was approximately $154 million.” 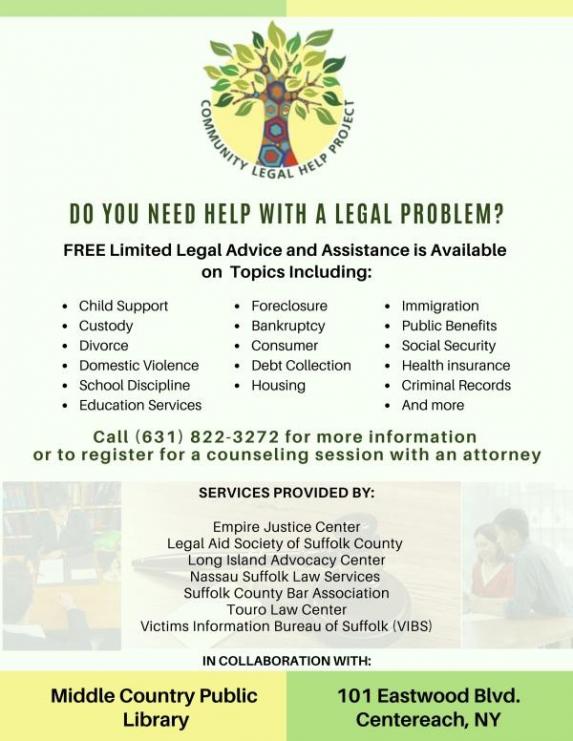 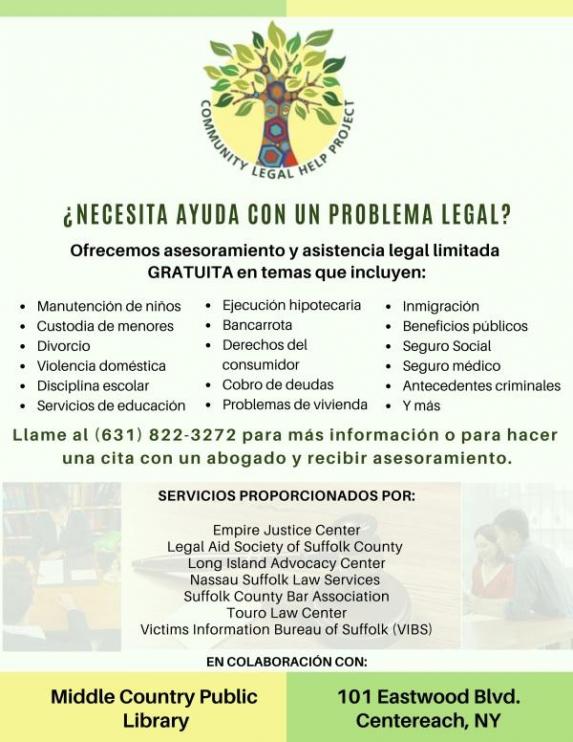 The following additional resources are available: